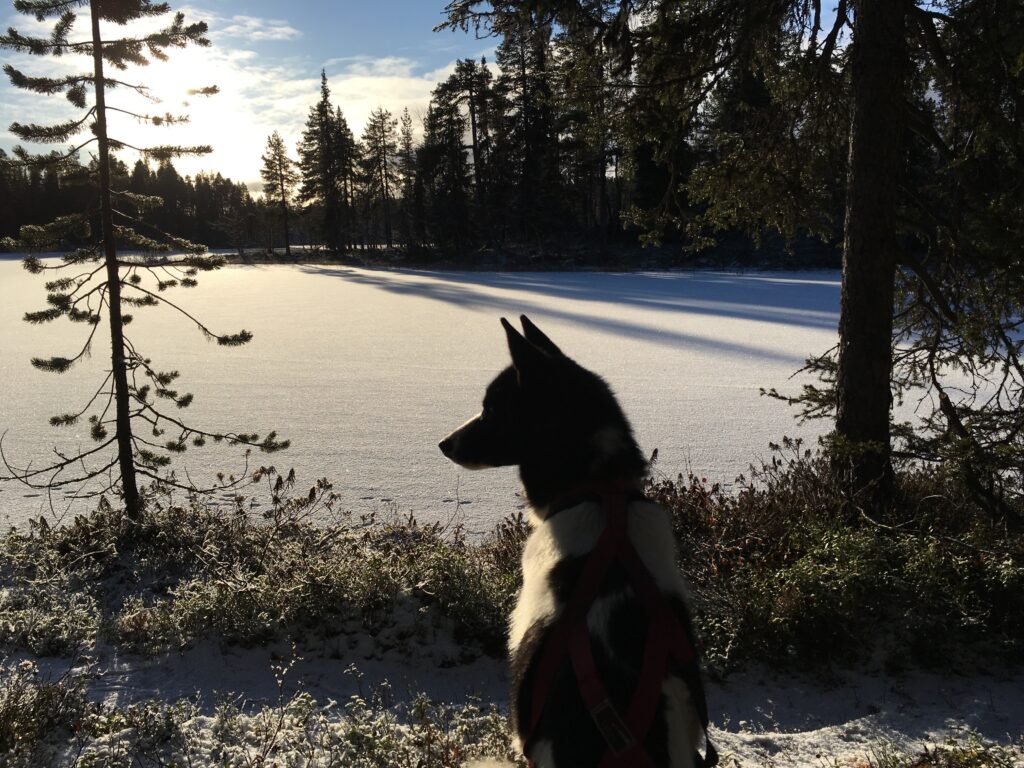 My mother Luna gave birth to me and four brothers and sisters during Christmas 2016. Barbara was on one of her strange trips while we were produced. Anyway, she was back right in time before we saw the first glimpse of daylight. But I guess Barbara´s plan was not to have two litters at the same time. Since she was “off” mother and father got together she could not argue. So with eight weeks all of my brothers and sisters moved away.
As the shyest puppy, I stayed at home and grew up with my half-sister Raschka. She is the only one who stayed at home from the litter born in the same Christmas. Oh, I am a concerned guy, sceptic towards new people and prefer to keep the distance. Maybe I do not have a reason still I like to adapt to my older Norwegian buddies. Even I lately started to be more secure about myself and show what I want. Indeed, I love to run in front of the sled. Working is fun, I like to pull hard and for a long time.
Our boss Barbara realized that I give my best while running alone in the lead. Knowing commands and all other stuff Barbara thinks is needed, I have difficulties running behind older leaders when they do not obey. I have loads of energy left after training and enjoy carrying on joking with my sister in the dog yard! 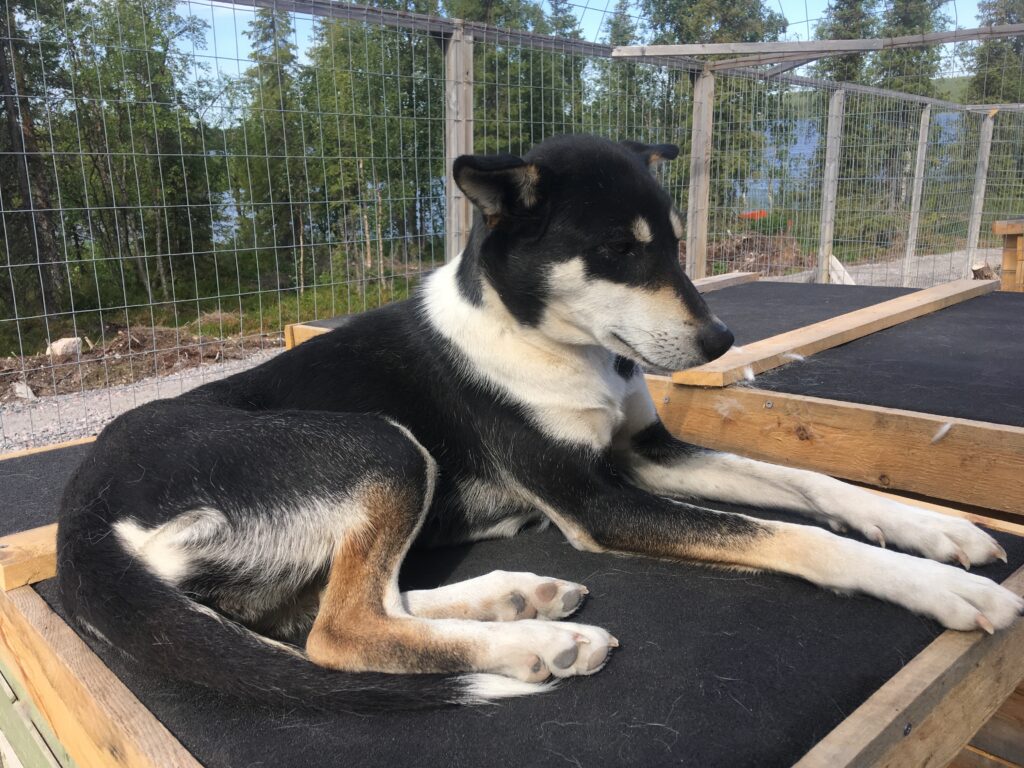 I am three days older than Wini. Gonzo is our common father and Bianca only my mother. Being the daughter of this legendary female leader, people might expect a lot of me. But I am not sure if I am ready to take this responsibility. Still, I enjoy playing in the dog yard as much as running. Of course I love teasing my friends and make them run around me.

My working place while sledging is often the lead. Since I know the commands well, as the responsibility upfront and am proud if I get this position. But I have to make a place for my half-brother Wini. Unfortunately, I have a weak point with my fur. Since I am the daughter of Bianca I neither have an underwool. Often I am cold. Barbara has to take me to her tent during mountain tours. Nevertheless, the trail and its obstacles do not worry me. One might think I have a promising future, but I do not think about it.